×
Blog > How to Play With Your Puppy?

How to Play With Your Puppy? 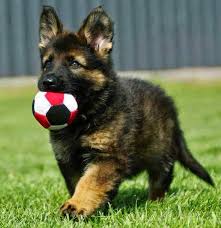 As soon as a litter of puppies is able to walk and run, they start to play with each other. This builds their co-ordination and strengthens muscle. You too can play with a puppy when they are as young as 3 – 4 weeks. Be gentle and be careful to stop when the puppy tires. A good rule of thumb is a ratio of five minutes exercise per month of age (up to twice a day) until the puppy is fully grown, i.e. 15 minutes (up to twice a day) when three months old, 20 minutes when four months old etc. Once they are fully grown, they can go out for much longer. Every dog owner has a duty of care to make sure that their dog gets at least one walk every day. As walking a dog is enjoyable task for owner as well as dog and it doesn’t cost anything. Puppies need much less exercise than fully-grown dogs. If you over-exercise a growing puppy you can overtire it and damage its developing joints, causing early arthritis. Besides You should never exercise your puppy on a full stomach as this can contribute to bloat. Puppies should go for exercise everyday in safe and secure area otherwise they may get frustrated. Socializing with other dog is also important aspect. Your puppy must be trained to recall so that he will return when you called him by his name. Playing with a puppy might seem straightforward. However, if you’re not careful, you can play too rough or long with your puppy, leading to aggression or grumpiness. Without preparing to play, you may create behavioral problems such as nipping or biting. The good news is that with simple preparation, there are a variety of games that will help your puppy socialize and strengthen your bond. Here are some basic step to play with your puppy

1.Choose a good time to play. Pick a time when your puppy is energetic and hasn’t eaten recently. Wait at least an hour after your puppy eats if you’re going to play gently, or 90 minutes if you’re going to play rough. If you don’t wait enough between eating and playing, your puppy may get a stomach ache or even develop a life-threatening condition (gastric torsion) where the stomach swings over and twists on itself. If you’re going to let kids play along during playtime, always make sure you or an adult are supervising. Your puppy may not understand the fine distinction between playing and teasing. If your puppy becomes frustrated, he may nip out of confusion.

2.Learn what your puppy likes. Not all puppies like the same things. Some like to run and hunt things, others like to chew, while others are motivated by smell and love to follow scent trails. Watch your puppy to see what makes him happy, and what he tends to do naturally. It may take you time to find out what your puppy likes. For example, if he’s always got his nose to the ground sniffing, then he probably likes to follow scents. Or, if he simply sits and watches a ball fly off, then he’s probably not fond of fetch.

3.Train during playing. Add simple commands to playtime. For example, if your dog adores chasing a ball, then he’ll be motivated to learn the command “give” in order to release the ball so you can throw it again. Or, your dog may obey commands like “sit” and “stay” if he knows you’ll reward him with a game of fetch. You can also use a clicker to train while playing. For instance, you could click right before throwing the ball, tell him to “sit” and click again when he sits on the ground. This way, your dog associates the action with a reward of fetch. Realize that you don’t have to reward your dog only with food. The reward of more playtime and your attention can be powerful motivators.

4.Know when to end playing. Since puppies are usually energetic, it’s hard to remember that they can become overtired. A puppy has growing bones and slack ligaments supporting those bones. If he becomes overtired, he might move awkwardly and damage those growing joints. Make sure not to overtire the puppy, so stop while he still has some energy.[ When you do stop, end on a good note that leaves your puppy wanting more, instead of playing him till he’s completely exhausted. If he’s worn out, he’ll become grumpy from tiredness.

5.Recognize the benefits of play Not only will playing help you bond with your puppy, but it will give both of you a great chance for exercise. Play will also provide valuable mental stimulation for your puppy. 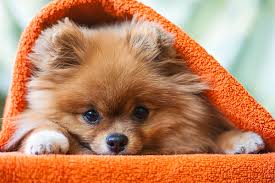 How to raise a puppy? 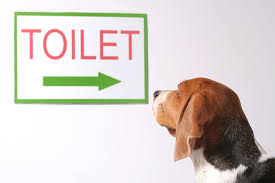